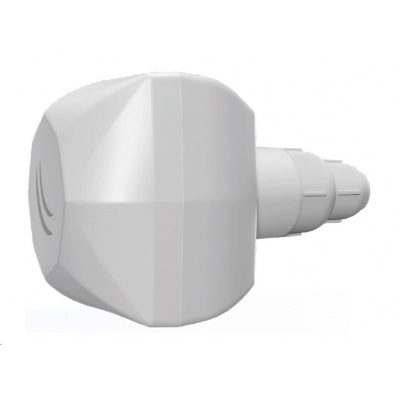 LDF LTE6 kit is a device for extremely remote locations that are within cellular network coverage. Attach it to any satellite TV dish (NOT included) and the dish will act as a reflector, greatly amplifying the signal.
Using large enough dishes, it is possible to obtain antenna amplification of 30 dBi or more. That means – Internet connectivity is possible even in areas, where you would usually have no mobile connectivity at all. Stormy weather is not a problem either – with a solid IP68 rating LDF LTE6 kit can withstand dust, dirt and sand, as well as temporary immersion in water.
LDF LTE6 kit features a CAT6 LTE modem, which enables carrier aggregation and allows the device to use multiple bands at the same time. A huge advantage when there are a lot of LTE users in the area. It provides better responsiveness and
higher efficiency for weaker signal situations in the countryside. We have seen Internet speed doubling in rural areas after switching to CAT6.